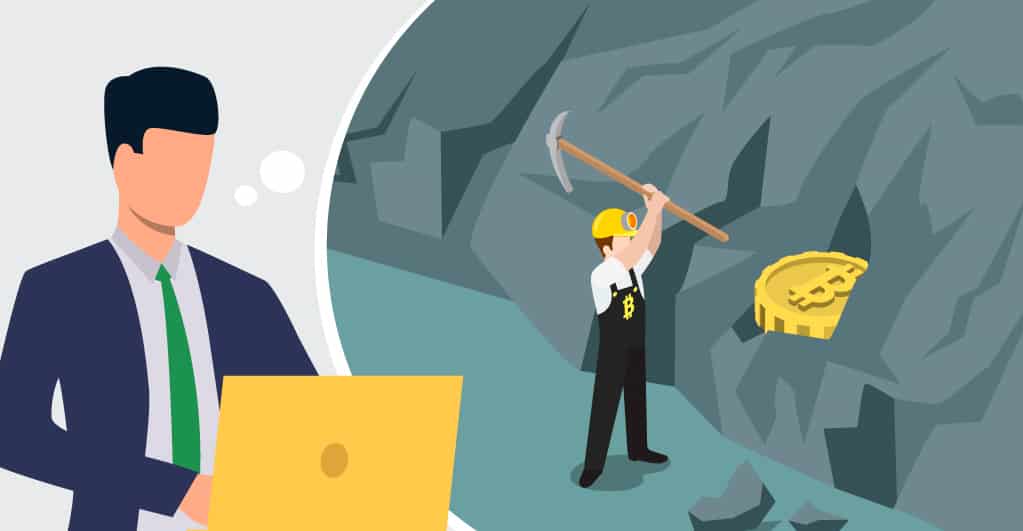 Understanding the Process of Bitcoin Mining

Bitcoin is driven by the peer-to-peer network of Blockchain technology that is responsible for the decentralized nature of Bitcoin. The advanced Blockchain technology authenticates transactions by performing calculations, thereby maintaining the transparency of Bitcoin exchange among users. The network of Blockchain technology consists of nodes that create new blocks to be linked to the Blockchain for the validation of transactions. These nodes are referred to as Bitcoin miners.  The miner receives a reward in Bitcoin tokens for every block that he adds to the network. The whole process of the addition of new blocks to the Blockchain for the authentication of Bitcoin transactions is called mining. If you are new to the unique practice of Bitcoin mining, then you are at the right place. Read on to discover more about mining and explore how it works.

How Does Bitcoin Mining Work?

Through the process of Bitcoin mining, miners are able to produce new Bitcoin. The new Bitcoin tokens get introduced into circulation, thereby leading to a shift in the market trends. Apart from producing new Bitcoin, the miners also help in maintaining the reliability of the Blockchain-powered payment network of Bitcoin. The authentication of transactional information contributes to the maintenance of Bitcoin’s transparency. Almost 30,000 Bitcoin transactions take place on a daily basis. It implies that the Bitcoin miners have to put in a herculean amount of effort to authenticate each transaction daily. Therefore, Bitcoin miners deserve to be compensated with rewards.

Miners receive rewards in the form of Bitcoin tokens, and the amount of Bitcoin that gets released into the market is called the block reward. In about every four years or so, the amount of the block rewards gets halved in 210,000 blocks. Cryptocurrency experts expect the Bitcoin mining and consequent generation of block rewards to continue until the year 2140.  After about a hundred years, Bitcoin miners shall receive a fee for their service of processing and validating the transactions on the basis of the payments made by users across the network. The fee to be paid to miners will ensure that miners continue to mine and keep the Bitcoin market going.

The Process of Bitcoin Mining

Proof-of-work is the algorithm that secures many cryptocurrencies, including Bitcoin and Ethereum. It refers to a small store of data that is difficult to be produced but convenient for verification. Bitcoin’s Blockchain network employs the famous Hashcash POW system to maintain the confidentiality and security of Bitcoin transactions across the network. Hashcash helps prevent email spam and other malicious attacks like hacking and phishing. Miners need to complete the Hashcash POW in order to enable the block to be accepted by the users across the network. The mechanism of Proof of Work helps in limiting the rate of generation of new blocks to one in about ten minutes. POW works on the basis of the SHA-256 algorithm. The other algorithms of POW include Quark, CryptoNight, Scrypt, HEFTY1, Blake-256, Scrypt-Jane, SHA-3, Scrypt-n, and more.

Much like the Proof of Work algorithm, the consensus algorithm of Bitcoin mining requires miners to solve complex cryptographic mathematical puzzles for which they get rewarded with a certain amount of Bitcoins.  Every block that gets added to the Blockchain ledger follows the rules of the consensus algorithm. These rules include the maintenance of the accurate format of blocks, no double-spending, allocation of block rewards to the Bitcoin miners, and so on. The blocks that fail to comply with the rules of the Consensus algorithm do not get added to the network.

Bitcoin mining works on the basis of Proof of Work (POW) and Consensus Algorithm.  The process of Bitcoin mining requires the implementation of complex algorithms that can only be achieved by highly powerful computers. Miners solve complex computational problems for the creation of new Bitcoin blocks and the addition of these blocks to the Blockchain for the validation of Bitcoin transactions. A complex combination of the consensus algorithm and the Proof of Work mechanism makes the Blockchain network sound and reliable. Cryptocurrency mining is painstaking, costly, and only sporadically rewarding. Nonetheless, mining has a magnetic appeal for many investors interested in cryptocurrency because of the fact that miners are rewarded for their work with crypto tokens. However, you can invest or trade-in Bitcoin and make good profit. You must know about the Bitcoin Circuit – an automated trading platform that can help you to earn good money. Read Bitcoin Circuit Review to get more details about it.

Features of WazirX You Should Know About