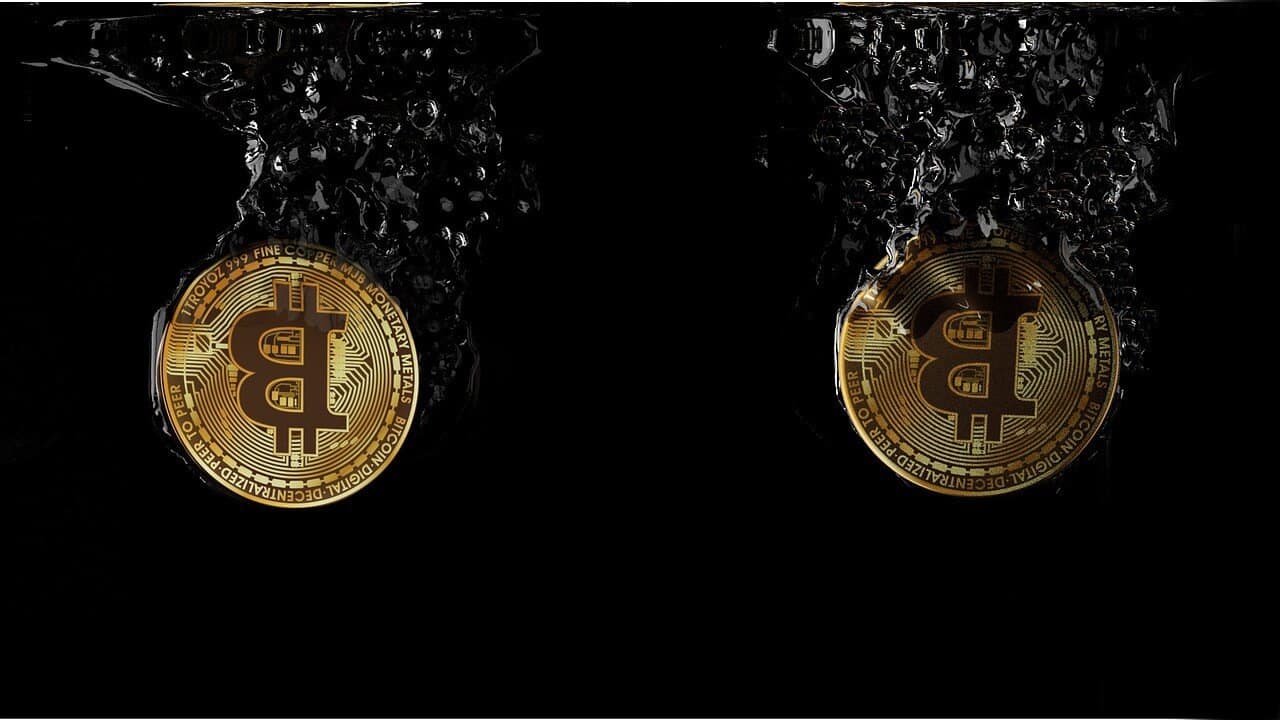 The crypto market once again failed to build on the recovery momentum as almost all the leading coins by market cap slid back into the losses. On December 9, the Bitcoin rallied from $3,400 level to close above the $3,600; however, it couldn’t be able to hold and was down by 4.59% to $3,474 at the press. After a brief period of price stability, the Bitcoin volatility Index has trebled again this month, indicating high turbulence that the crypto is witnessing owing to large sell-off and regulatory uncertainties. Overall, the decline during the last 24 hours is quite steep with some significant coins incurring losses as much as over 9%, data from CoinMarketCap revealed.

Fall in Bitcoin Value
The largest among the cryptos, Bitcoin traded at $17,102 exactly one year ago on December 10, 2017. Now at $3,474, the Bitcoin is 80% down compared to a year before level. According to CoinMarketCap, even the market share index of Bitcoin is down to 55% from the level of 62.4% it was at one year ago.

The Decline in Ripple and Ethereum
The second largest cryptocurrency by market capitalization, Ripple (XRP) has registered negative growth of 5% in the last 24 hours with last trading value of $0.301 at press time. Things are no different for Ethereum – the third largest cryptocurrency by market cap. The Altcoin plummeted below $100 on December 6 and further plunged to $90 during the earlier day trade. At press time, the Ethereum was at $90.99 which is around 6% down in the last 24 hours.

Dash the Biggest Loser
Among the top 20 cryptos, Dash has registered the biggest loss with its value declining by 9.58% to $68.14 at the time of going to press. The total market cap of the cryptocurrencies stood at $110 billion down from the level of $115 billion when trading started at the start of the day. At the press time, the market recorded a daily trade volume of $13 billion.

Governments and Regulations
Another dampener for the cryptos has come from the India where the Government has categorically said that all the operations involving cryptos would be considered illegal and illegitimate. The Reserve Bank of India, India’s central bank, will monitor all the transactions involving cryptos and recently the bank has announced a series of crackdown measures to discourage crypto traders to deal in digital currency.

Unlike India and China which are showing anti-crypto policies, some European nations are adopting a friendly approach towards Bitcoin and altcoins. Britain, for example, is reportedly considering allowing the Bitcoin payment to utility service providers and local authorities. Going a step further, Liechtenstein has granted a license to CryptoAssets Exchange in November to start operating as a full-fledged blockchain ecosystem in a move to encourage the use of altcoins.

Mining Woes Continue
Meanwhile, the losing streak in the Cryptocurrency’s mining sector is showing no signs of decline. Bitmain- the mining giant from China- is reportedly closing its Blockchain center in Israel due to the shake-up in the crypto market, leading to the lay-off of all 23 local staff in the country.